A Freedom Rider dies in Carbondale. 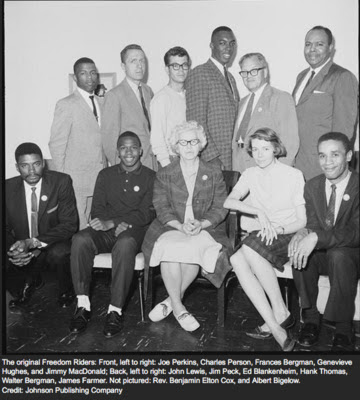 In 1961 she was nearly killed for her convictions, in a
firebombed bus with white men holding the doors shut.
My wife Kate was a good friend, and
adored her, and last month honored her by dedicating a local trail.
Genevieve was featured in this American Experience documentary.
I was born in 1958, in Hope, Arkansas.  I can’t watch these documentaries
because they are too painful; as I grew I heard grownups say terrible things, things a child knows
are wrong.   The awful poison of racism. 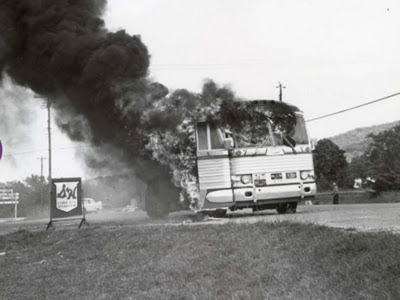 My Mom and Dad are both gone now.  When I was ten I leaned out of Dad’s truck and spit at a
raggedy nigger pedestrian. White people did that, said that.  But, second to when I pointed a loaded gun at a man as a joke, it was the
most angry I ever saw my Dad.  In a
way he told me it was wrong.   But “nigger” was such a common word, always in a bad
way.  Jokes.  Everybody knew it was wrong, but few fixed it.

Genevieve tried, and nearly lost her life.  Back to my story.

In 1969, a traveling salesman named Byron De La Beckwith, visited my Dad, and I shook his hand.   De La Beckwith assassinated peaceful civil rights worker Medgar Evers in 1963.
De La Beckwith was a sociopathic terrorist, by any
definition.  He was acquitted by an
all-white jury.  A cowardly, cold-blooded killer made a hero.  In 1994 he was, finally, convicted.
Here is the story I heard many times as a young boy.  I don’t know if it’s true:
During the murder trial, Prosecution:  “Mr. De La Beckwith, have you ever seen
this bullet.”
“No, but it sure did mushroom pretty inside that
nigger.”
(Laughing, jury laughing.)
Not sure if I can ever wipe that De La Beckwith handshake off.
We have a horrible racist past in America.   Still.  It’s alive in the South, alive in the suburbs, alive everywhere.   In our Presidential race.  Still.

Love to my Kate for taking care of Genevieve. 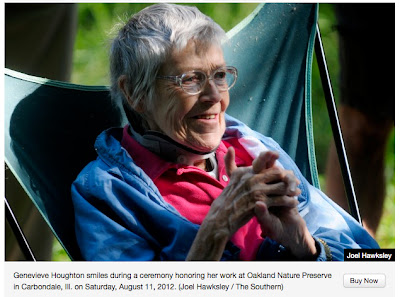 [Edit]:  Adding a few good links as I see them; not hard to find.  We don’t hear nigger nowadays, we hear a dog whistle, and when the target reacts the whistler says “Get your mind out of the gutter, YOU are the racist here.”    Sununu calls Obama “lazy.”   Federal Judge steps down after admitting to sending racist email about bestiality and Obama’s mother.  October 2012; Arkansas Legislator Jon Hubbard self-publishes book saying slavery “may have been a blessing” for African Americans.

Our GOP serves the rich, not small businesses.

Are fluvial geomorphologists made or born?
back to blog index